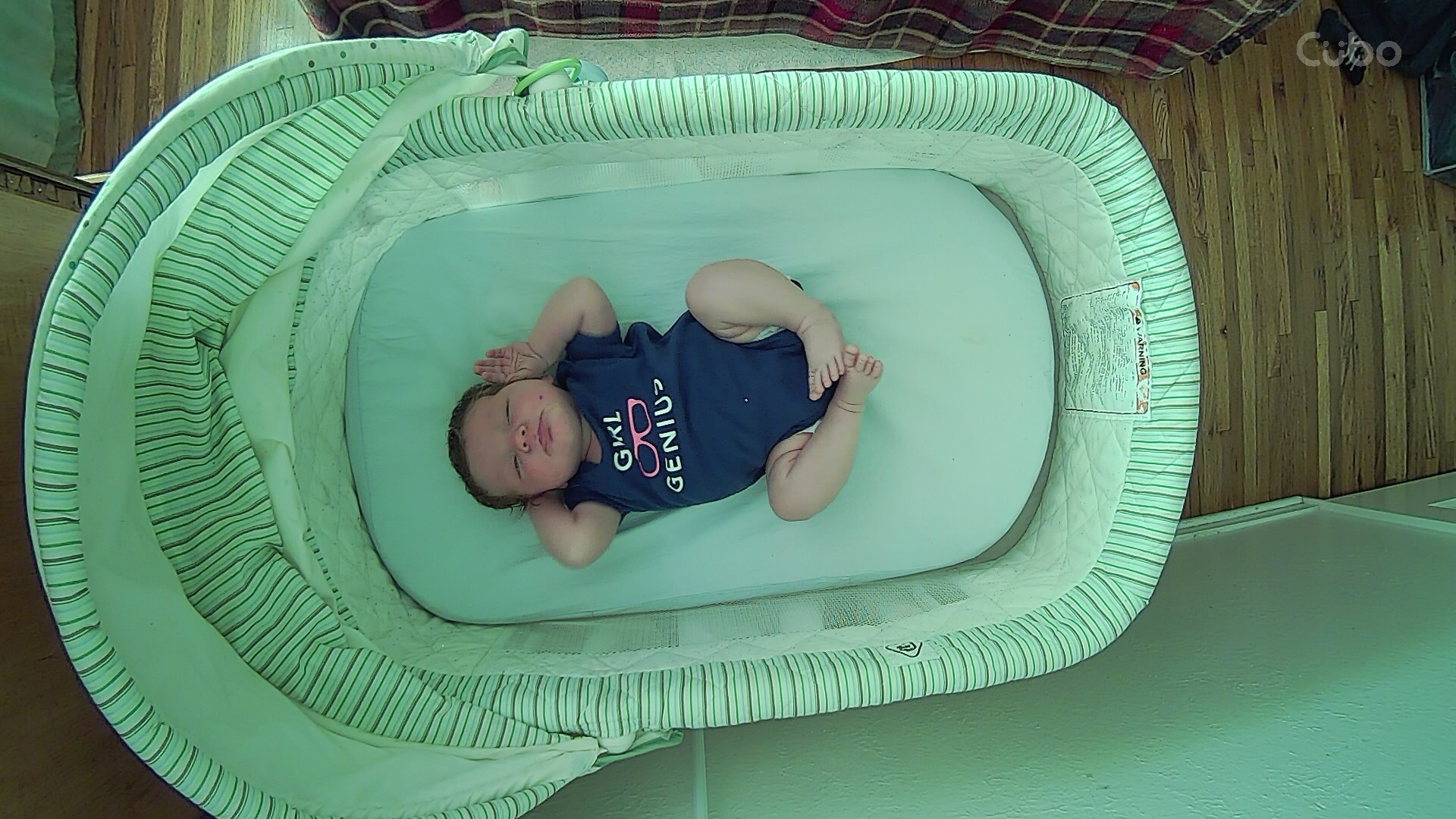 As a modern parent, we are living in a sudden diversification of tech gadgets for our babies! It's like the Cambrian explosion hit the young family shopping demographic. And like those weird prehistoric creatures, some of the inventions out there are better ideas than others.

Enter Cubo - a cute bird with clear eyesight and a big brain. Obviously, an evolution that's going to last! As a biologist, the bird shape and natural wood used in the materials appealed to my aesthetic, and the simple presentation in the box wasn't overwhelming me with wires and parts to put together. The setup was easy, with a stand that's going to be easy to move when my child grows out of the bassinet and into a proper crib.

I loved the cheerful voice prompt for my next step when Cubo was all plugged in and I wasn't sure how to connect it to Wifi! But this product also appealed to my sense of conservation. Cubo doesn't waste expense or material on duplicating things you already have in your house - like a high definition digital screen. I picked Cubo for my firstborn in part for the environment and her future. I didn't want a dedicated monitor that only functioned in a short-range in my house. I'm going back to work soon, and biologists don't sit at desks! My smartphone goes with me everywhere, and with Cubo's cloud access from behind enterprise-level security, I'm going to stay connected to my baby no matter where I'm working.

And what about when my little one is not so little? I can't handle the idea of being so wasteful to buy an expensive piece of electronics that's useful for just a few months. Cubo watches over my baby in the crib right now, but later on, it might be Cubo's built in nightlight keeping the monsters at bay from a toddler bed (no evil red LEDs here!). Look at those smiles - I've never seen babies try to make friends with their baby monitor before. And the Danger Zone Alert will keep this bird a helpful fixture for years around the house. We use technology like this in biology, to trigger cameras when animals enter areas of interest. Well, my little animal might want to climb a tall bookshelf or crawl under our house into the basement - I need Cubo watching out for these things!  I'm looking forward to years with this clever little bird.

Cubo is already a helpful part of our family. We use a lot of passive, eco-friendly heating and cooling at home. But babies aren't as comfortable when it's hot or cold as us adults, so Cubo's temperature settings remind us when the bedroom is outside what's a safe range for our little one. And as a biologist, my child is not the only animal in my house - Cubo's face detection AI has warned me when my cat tries to get in the baby's bassinet. That's already been hugely important in our day to day life since cats can choose to snuggle close like an aggressively cuddly baby blanket.

I'm going back to work soon, and biologists don't sit at desks! My smartphone goes with me everywhere, and with Cubo's cloud access from behind enterprise-level security, I'm going to stay connected to my baby no matter where I'm working.

I can't wait to see how Cubo evolves. The hardware is high quality and reliable already. This leaves plenty of space for the developers to add new AI updates in the software! Maybe later Cubo will give me a report of when my little one was sleeping soundly and still compared with restless and tossing. And since the photos and videos are so cute, I secretly want Cubo to add some AI to capture cute audio like tiny baby sneezes and coos. How sweet would it be to get a cute audio alert of baby babbles just like I do the tiny smiles?